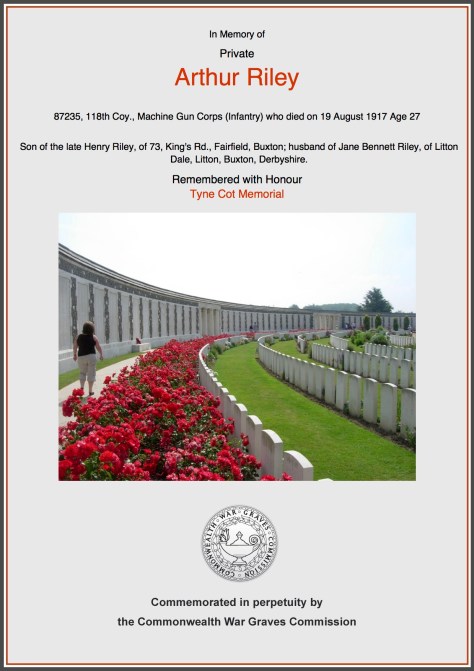 1911 Census: Living at 73 Kings Road, Fairfield.
Occupation: Engine Cleaner Aged 18yrs. The family were nearly altogether in the same house for the first time, Arthur was living with Mum, Dad and 8 of his brothers & sisters.

1912: Arthur married Sarah Bennet Bingham on 22nd June at St Johns Church, Tideswell he gave his age as 21 when in fact he was 19yrs old. Registered at Bakewell Vol 7b Page 1598.