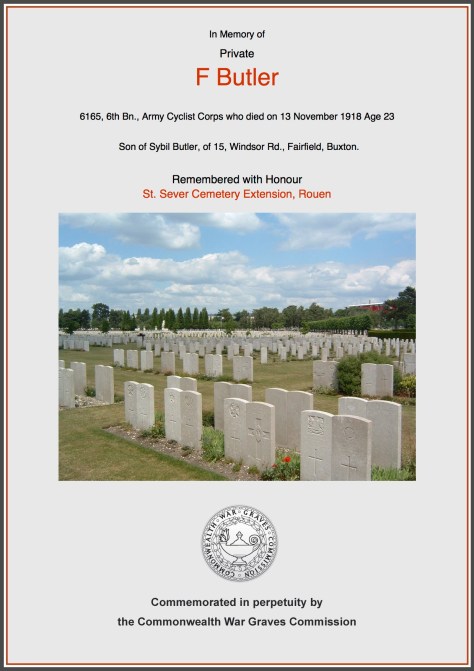 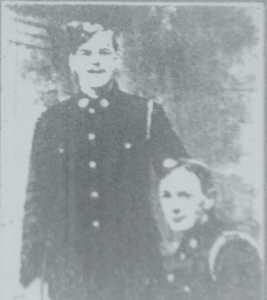 Frank is pictured on the right with his friend Harry Sellers/Sellors stood beside him, Harry also lost his life during the War.

Private Frank Butler
Much regret was felt in the district on account of the death of Pte. Frank Butler, of the Middlesex Regiment, younger son of Mrs Butler, of 15, Windsor Road, Fairfield. Who has passed away at Rouen, as a result of an attack of pneumonia. Pte. F. Butler has served continuously since September 1914, and seen much service on the Western Front. He was over on leave last February. Much sympathy will go out to Mrs Butler. Her elder son who is in the Army is also in hospital.