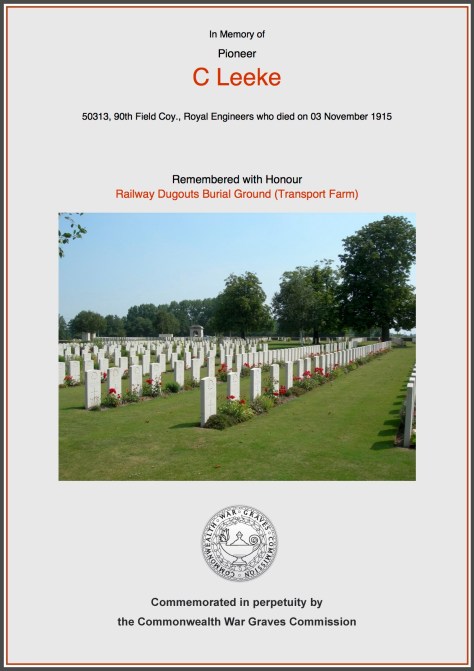 Clements name is on the Memorial. 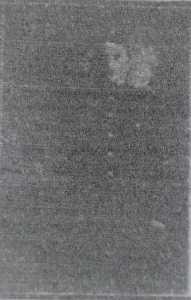 Clement Leeke: 90th Field Company, The Royal Engineers joined 9th (Scottish) Division in January 1915 at Bordon. They proceeded to France between the 9th and 12th of May 1915 and went into action in the The Battle of Loos. – See more at: http://www.wartimememoriesproject.com/greatwar/allied/royalengineers90fldcoy-gw.php#sthash.okzxs92s.dpuf