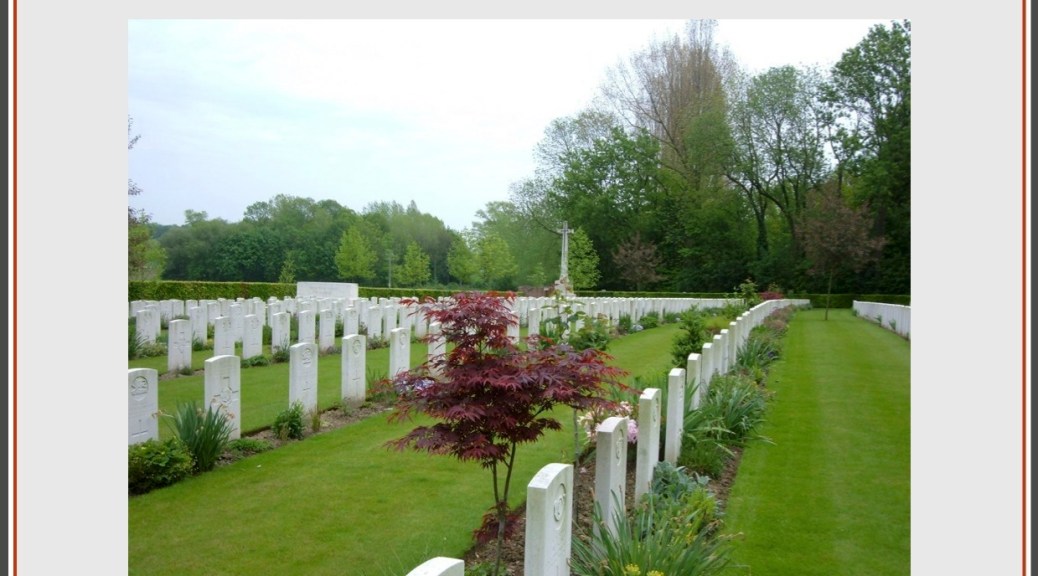 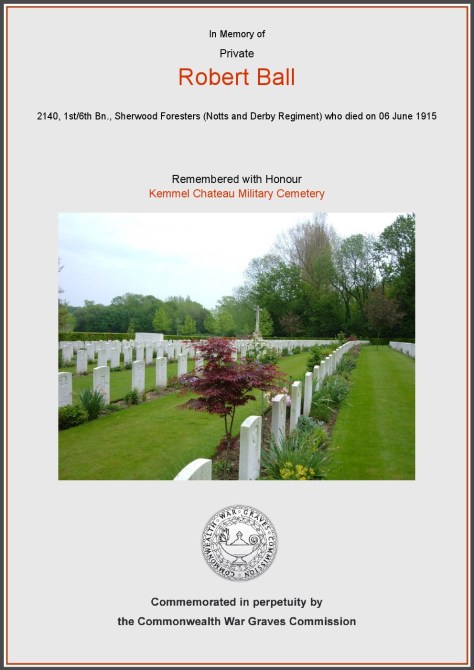 Robert Ball enlisted into the 1/6th Battalion, Sherwood Foresters (Nottinghamshire and Derbyshire Regiment) which was a territorial unit with HQ in Chesterfield, serving with the Notts. & Derby Brigade in the North Midland Division. They were mobilised for war service on the 5th of August 1914. The Division concentrated in the Luton area by mid August. In November they moved to Braintree to prepare for service overseas. They proceeded to France, landing at Boulogne on the 25th pf February being first complete Territorial Division to arrive in a theatre of war when they joined the BEF in the Ypres salient. On the 12th of May the Division was retitled 46th (North Midland) Division. They were in action during The German liquid fire attack at Hooge – See more at  http://www.wartimememoriesproject.com/greatwar/allied/sherwoodforesters6.php#sthash.jHHbF3M0.dpuf