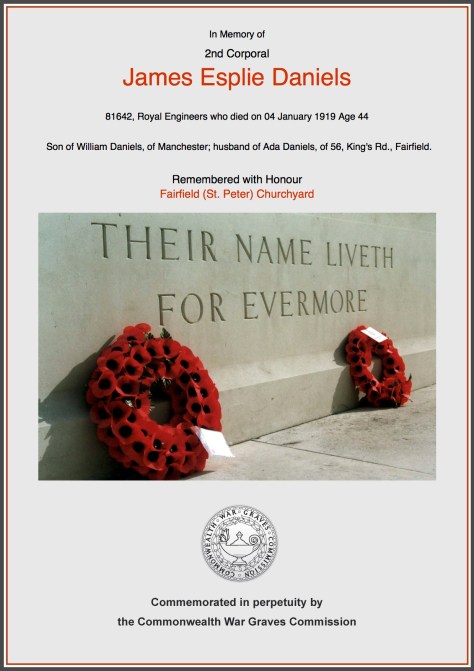 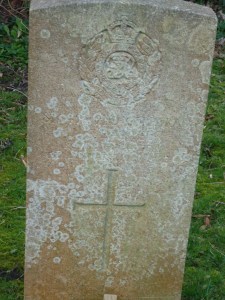 Father of Andrew King Daniels also deceased during the war.
Born: 1876 Chorlton-cum-Medlock, James was the son of William & Emily Daniels. Williams father was a Coach Proprietor. James was the eldest of 6 children.

1891 Census: James was living at 14 Grove Street, Manchester his occupation was an Apprentice Decorative Artist.