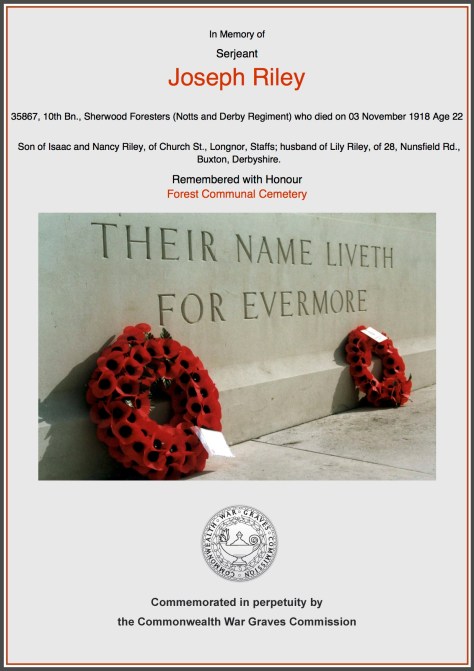 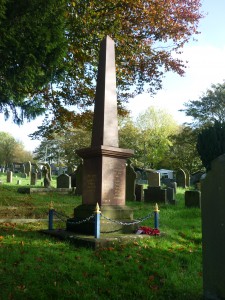 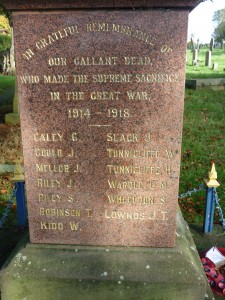 Joseph is remembered on the Longnor War Memorial and also St Peters.

The Buxton Advertiser at the 23rd November 1918 reported as follows: Reported Died of Wounds. Sergt, Joseph Riley. It is with extreme regret that we have to announce that Sergt. Joseph Riley, Sherwood Foresters, is reported to have died of wounds, on November 3rd. Before enlisting he was employed at the Midland Locco, Department, where he was well esteemed by all who knew him. He had seen over 2 years of active service, and was on leave a few weeks ago, during which time he was married. Deceased was only 22 years of age, and was a relative of Mrs Sigley, Oakland Cottages, and will be remembered as a bright cheery youth. The list  of those fallen from Fairfield is, alas, becoming of some length.

Born: Mar Qtr 1896, Longnor, Staffordshire. Registered at Leek Vol 6b page 315. The son of Issac & Nancy Riley, Poultry Farmers.
1901 Census: Aged 5yrs living at Church Street, Longnor with parents. Joseph had 2 older brothers John & Isaac and an older sister May Anne.
1911 Census: Aged 15yrs, living at Church Street, Longnor with parents. Joseph was working on his fathers farm as an assistant. There were now 2 younger brothers Sam & Fred.
1915: Joseph enlisted 9th November he was 19yrs 9mths old. Joseph gave his occupation as an Engine Cleaner, he was employed by the Midland Locco Works. His application was approved on 18th February 1916.
1918: In September whilst on leave Joseph married Lily Moody.  They married at Devonshire Park Chapel on the 29th September 1918, they were only married for a total of 36 days before Joseph was killed.  Registers: at Chapel-en-le-Frith J/A/S Vol 7b 1690. In 1919 Lily was awarded a pension of 16s 3d per week. On the 11th March 1922 Lily received Joseph’s British War & Victory Medals, Lily was living at 28 Nunsfield Road, the couple had no children.
1918: November 3rd. Joseph died and is buried at Forest Communal Cemetery Plot C 7.