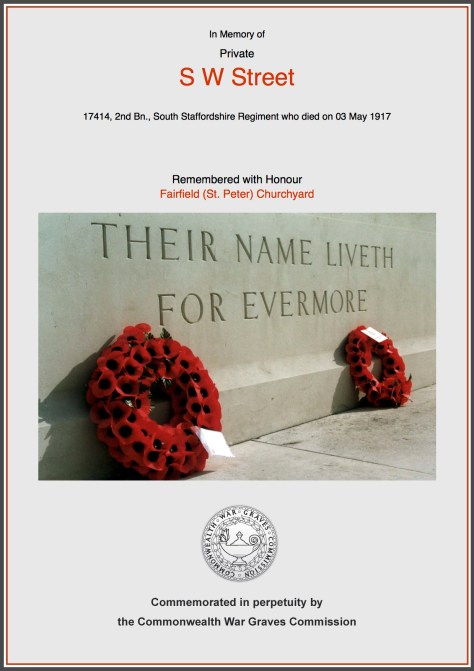 Percy & Samuel’s father died in December 1916, between November 1916 & May 1917 Louisa had lost 2 sons and her husband. The Buxton Advertiser on 27th January 1917 saying that ‘Percy & Samuel had been at the front along time, and that Percy had been reported missing’ Percy had died 2 months prior to the article. Samuels papers no longer exist but his Medal Card show he went to France on 29th September 1915 at the height of the Battle of Loos.