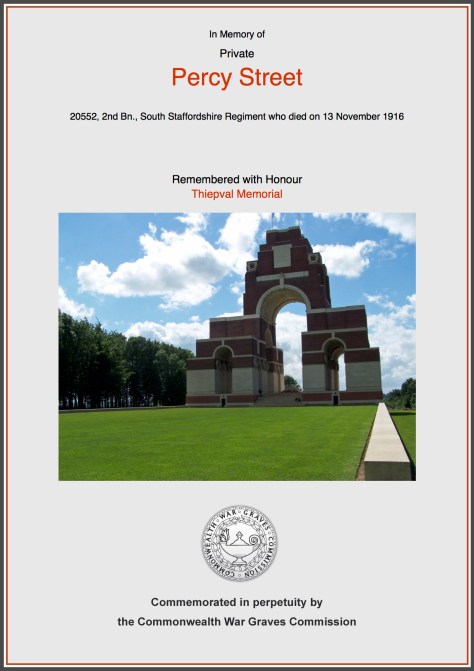 1916 Percy & Samuels father died in the December, at this time Percy parents were unaware that he had been killed 1 month before. On the 27th January 1917 an article in the Buxton Advertiser reported Percy as missing. It must have been a terrible time for Louisa as in May Samuel was killed, she had lost 2 son’s and her husband in around 6 months. Richard & Louisa had no other children.
Thiepval Memorial 2014 (Pier & Face 7b).