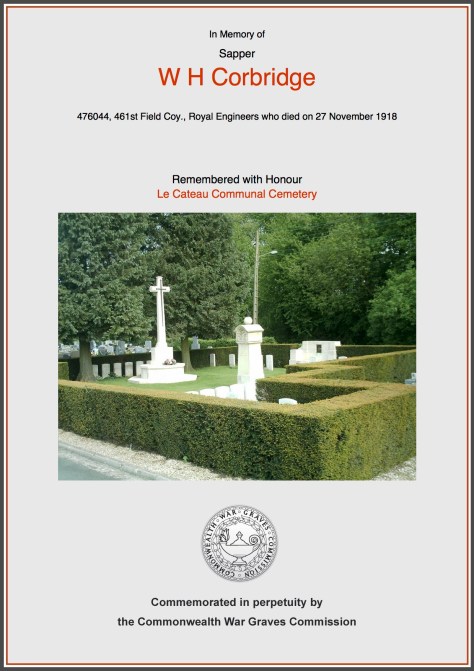 Obituary from The Buxton Advertiser. (researched 2014)

Death of a Soldier Sapper Corbridge
Sapper Corbridge has succumbed to pneumonia and was buried in France. He had fought through the war, and it was hard that he should “ go under” after the Armistice had been signed. It will be remembered that Sapper Corbridge was married to Miss Simpson daughter of Mrs Simpson, of 79, Windsor Road, at St Peter’s Church. Mrs Corbridge at one time assisted Mr Franklin Barlow of Spring Gardens and is now acting in a similar capacity. Sympathy will be expressed to her in her bereavement.