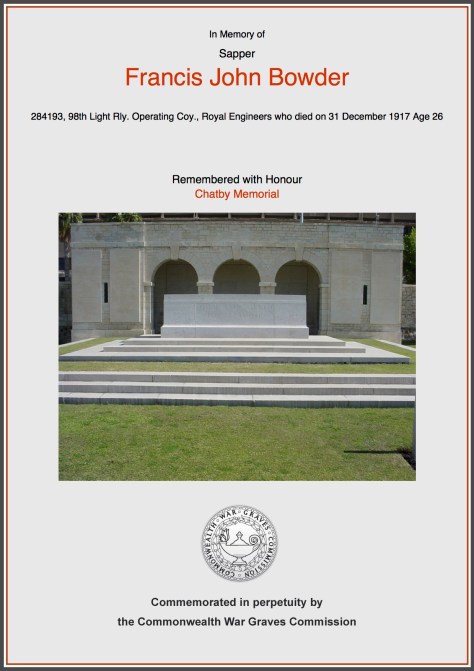 Francis enlisted in the Royal Engineers in Buxton. Francis embarked for Egypt on the 17th December 1917 aboard HMS Aragon.
(The Aragon was built in 1905 for the Royal Mail Steam Packet Co by Harland and Wolff.
http://bedfordregiment.org.uk/5thbn/ssaragon.html
After arriving at Alexandria on the 30th December 1917 with 2,700 on board she was ordered
back out of the harbour as no berth was available. Immediately having cleared the harbour she
was torpedoed and the German submarine UC 34 and sank with a loss of 610 lives, HMS
SS Attack a destroyer who came to her aid was also sank.
http://buxtonwarmemorials.mrallsophistory.com/bowder_fj.html