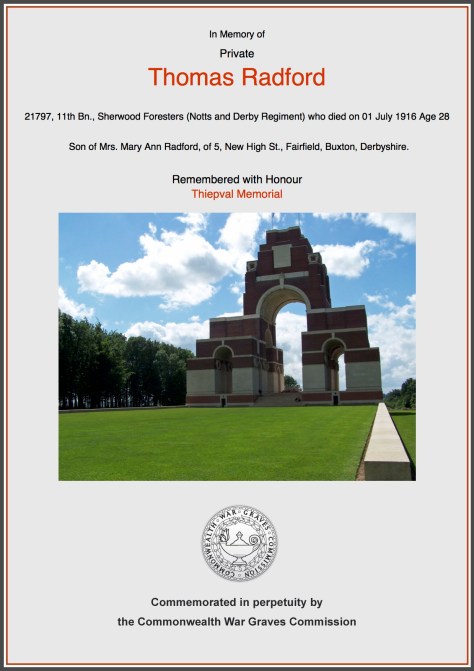 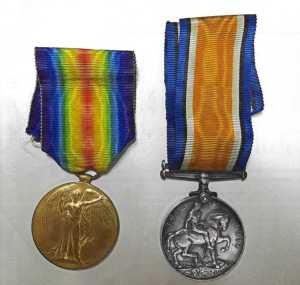 The above medals were given to Tom’s family & the photo was kindly sent by Lindsey Kadzevski who is Tom’s Great Niece. 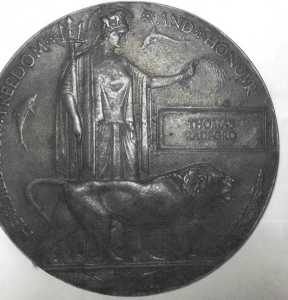 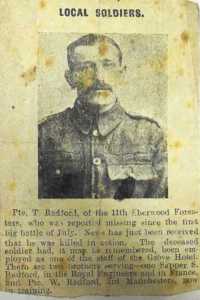 This is the original cutting taken from the local Newspaper reporting on Tom’s death, also sent by Lindsey. 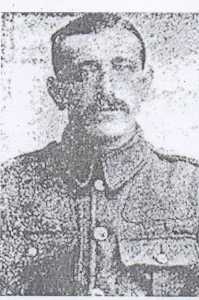 Thomas Radford: The 11th Battalion, Sherwood Foresters (Nottinghamshire and Derbyshire Regiment) was raised at Derby in September 1914 as part of Kitchener’s Third New Army and became part of 70th Brigade in 23rd Division. They undertook training in Derby the moved to Stanhope Lines at Aldershot in December 1914, then to Shorncliffe in February 1915 and in May they moved to Bordon. They proceeded to France landing at Boulogne on the 27th of August 1915. They transferred to with 70th Brigade to 8th Division on the 18th of October 1915, in an exchange with 24th Brigade allowing the inexperienced troops to learn from those who had battle experience, returning to their orginal divisions in June 1916. The 23rd Division were at Bomy beginning a period of intensive training for the Battles of the Somme. They were in action in The Battle of Albert including the capture of Contalmaison, The Battles of Bazentin Ridge, Pozieres, Flers-Courcelette, Morval and The Battle of Le Transloy including the capture of Le Sars. – See more at: http://www.wartimememoriesproject.com/greatwar/allied/sherwoodforesters11.php#sthash.Cnlf7TKw.dpuf